Gefira Financial Bullletin #26 is available now
The economic, social and political situation in Europe is tense, with people increasingly voting for anti-establishment parties. There is a deep divide among European leaders over the euro, the fiscal, monetary and immigration policy.
The European Union's actions against Hungary and Poland will stir up resentment and increase polarisation. The Gefira team believes that Brexit is a sideshow. European economies are heading slowly for a new recession which will spark off another euro crisis. Italy, Spain and France will not be willing to reduce their public debt, and Rome will be the first to rebel against European budget rules. By 2020 it will be clear that France and Spain are also not able to fulfil their fiscal obligations.
The ECB is already warning that growth is slowing down. The rising price of oil will be the last straw that breaks the camel's back. Unlike it is the case with money European governments cannot print oil, and if consumers and producers have to pay more for energy, corporate profits will be negatively affected, and there will be less money for consumption. The 2008 financial crisis began when oil was about $130 a barrel, and the euro crisis in 2011 started when it was $125 a barrel, so when the price is again above $100, the next crisis is just around the corner.
While oil is abundant for the coming years, the 3 significant producers will keep the markets in short supply.
The Gefira 26 is about the oil price and why it will continue to increase. Although President Trump tweets that he wants oil prices down, his administration is pursuing a policy that is running counter to this statement. The US needs a higher oil price to shore up its shale industry. To this end President Donald Trump has had  Venezuela and Iran effectively removed from the oil markets. This policy overlaps with the objectives of the Saudi rulers who need a higher oil price to cover their public expenses and prevent social upheaval. In this Gefira we explain why a higher oil price is inevitable and why we evaluate Russian oil companies more positively than their Western counterparts like Shell and Exxon Mobil.
The Gefira financial bulletin is a monthly periodical that the Gefira team releases ten times a year. We give a clear projection of the future of energy and politics.From Trump's election to the steep increase in the oil price and the value of bitcoin, it was all in the Gefira before it happened.
According to the Gefira team, the next systemic crisis will happen around 2020 as the oil price is back at 100 dollar and German mass retirement begin. There is a high risk of war on the Old Continent. However, it is not Russia but Turkey that is the most imminent threat.
It is not the emerging markets, nor public or private debt that should be of interest to investors but instead the shrinking populations in the developed world. Japan is the first country that experiences a diminishing number of people, and for that reason, it pursuing extraordinary monetary and fiscal policies. The decrease in the European and US populations will have dire economic consequences, and after 2025 China will join the club of dying nations.
Apart from China and Russia, economic growth in Africa, the Middle East and South Asia is dependent on the developed countries which see a dramatic shrinkage of their populations.
In the Gefira bulletin we provide investment suggestions and give a coherent vision of the time ahead from a macroeconomic perspective.

Focus on the Global Europe Anticipation Bulletin
GEAB 127 - September edition, is online !
Not a regular reader yet? Register here

What will the transatlantic relationship prepared by Donald Trump look like?
The multi-polarisation of the planet is currently going through a bipolarisation phase, something we anticipated in 2009, if Europe could not reposition itself intelligently, taking clear account of the great global geopolitical reconfiguration.
Having dealt with the Middle East (without success, so far, since Iran has not yet yielded – but it’s only in November that the sanctions will be applied), Donald Trump’s United States began to make a serious effort to rebuild the transatlantic relationship it needs to secure its economic recovery and attempt to maintain its dominance in the face of China’s growing influence.
With his famous ‘trade war’, D. Trump has indeed effected this bipolarisation between two worlds, Chinese and American... (GEAB 127 - read the public announcement) 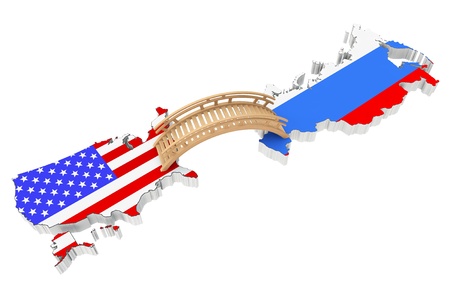 Towards a New TTIP
The EU-US negotiations could then start defining the terms of the new agreement. The negotiations will be led by the United States, but the context will be the broad transatlantic NAFTA-EU relationship following a bloc-to-bloc bilateral approach that may actually benefit both Americans and Europeans. Until now, hypocrisy has really prevailed in transatlantic matters since, in order to keep the upper hand, the United States has tended to treat Europe as a group of small countries rather than as a bloc. Yet the single European market was indeed the issue. This situation has not been conducive to clarity. On the other side, as soon as the EU tries to treat the US as an equal (as in the context of the TTIP negotiations) nothing succeeds, especially because the EU-US trade pairing is too favourable to the EU... (GEAB 127 - Log in) The protagonists of the strengthening of the transatlantic relationship
It goes without saying that, at least at first, the strengthening of the transatlantic relationship will be to the detriment of our relations with Russia and China, especially as this reinforcement has literally been conceived in reaction to the influence of these two countries at the world level. It will also be at the expense of building the various tools of European sovereignty: money, defence, etc. But it is clear that the European states are increasingly unable, despite the urgency of these matters, to agree on anything. We have seen how Northern Europe has welcomed Macron's eurozone governance project. European defence projects divide Europe more than anything else – between Americanists, ‘Russianists’ and independentists... (GEAB 127 - Log in)

The challenge of the institutionalisation of cryptocurrencies
While the wave of buzz and hype around cryptocurrencies, or virtual currencies, is running out of steam among people in general, the movement that has emerged remains robust. The versatility of the technology, its deployment in a digital context which can quickly reach millions of people, its potentially anonymous character and the place it could take in the global financial system, cause people to dream or to tremble depending on the circumstances and the role that they have. The dream, for many, is nourished by the fact that this network is full of innovation, promises of fluidification of society, disintermediation... It attracts a large number of investors from all directions; from financial institutions to individual citizens attracted by its potential uses and/or price volatility...(GEAB 127 - Log in)

China’s one belt, one road initiative: Impact on Europe’s neglected railway system
Europe is in love with low-cost air transport. Over the past few years the low-budget end of air transport has boomed, both globally and in Europe. Few other sectors are growing as fast. More people than ever are choosing air transport over the railways, despite the fact that Europe still has one of the best railway systems in the world. The recent case of Air Berlin’s bankruptcy shows clearly what is wrong with the system. The low-cost air carrier, easyJet, was quick to acquire some of Air Berlin’s domestic flights, including the lucrative Berlin-Munich route. Within a few days of signing the deal, Berlin’s outdoor advertising turned an aggressive orange, advertising weekend trips to the rich Bavarian capital and the nearby Alps. This news would be of little note...(GEAB 127 - Log in)

Investments, trends and recommendations
Paris: watch out!
Between ‘Grand Paris’, world capital of luxury, European financial hub and the Olympic city in 2024, Paris is about to rise through the ranks. The sleeping beauty of recent decades has continued to grow without anyone noticing. Since 1965, Greater London has allowed London to line up figures and sales pitches while the 2 million inhabitants of the French capital did no longer impress anyone. Despite the in fact 12 million inhabitants of the Paris metropolitan area (identical to the population of Greater London), Greater Paris is struggling to really emerge... (GEAB 127 - Log in)

Emerging countries: Taking the plunge in Yuan waters
To a certain extent, China has been getting rid of its dollars by investing them in the Silk Road and in Africa. With the Fed's interest rate rise, the debts of emerging countries to China (as well as the prices of commodities) are exploding and those countries facing increasing difficulties with repayment are seeing China recover their assets (through harbours, dams, bridges etc.). This is how the media came to be full of the rebellion that was smouldering against predatory Chinese investors. Will these countries turn their backs on China as a result? ... (GEAB 127 - Log in)

Raw materials: Oops!
Despite the optimism shown in the previous paragraph, we do not recommend raw materials at this time. In fact, the dollar-denominated commodity market will lose customers. With countries struggling to afford commodities denominated in dollars or starting to buy their raw materials directly in Yuan, the decline in dollar prices could be sustained... (GEAB 127 - Log in)

Lessons of Political Anticipation : Changing mindsets with regards to the future, by Marie-Hélène Caillol
LEAP’s original method of political anticipation is a lot about pedagogy and changing mindsets. Mindsets in this regard can be changed along the following building-process of future-related awareness:
The first teaching it wishes to teach is that the future plays a greater role in our XXIst century than it ever has in the known-past, thus deserving greater concern. And that this concern for the future shouldn’t be left, as it used to be before, in the hands of sorcerers, priests, chiefs or experts. It is a matter of good-governance that decision-makers as well as citizens are given tools to rationalize the future, with a view to both feel entitled to produce and improve their forward-looking analyses and to refine their critical sense when being presented forward-looking contents (by media, politicians, their banker ... (LEAP 2020)
0 comentarios