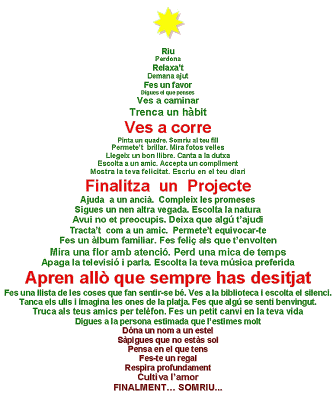 GEAB Country-Risk 2012 - Canada.
Since last year's report, Canada’s risk was revised upwards, and the country is now incorporated into the medium risk group. Despite an overall situation that is stable, the explosion of the housing bubble (as seen in GEAB No. 69) will have serious repercussions. It is also penalized for its dependence on its neighbor and, to a lesser extent, by a conservative party that has been in power since 2006, by possible follow-ups to student protests in Quebec (whose success could set a precedent), and by a Quebec without a clear majority after the September 4 elections.  LEAP/E2020 - Excerpt GEAB N°70 (Dec. 2012)

French public debt dips to 89.9 pct of GDP at end-Q3.
France's public sector debt fell by 14.5 billion euros in the third quarter to 1.818 trillion euros, or 89.9 per cent of economic output, the INSEE national statistics office said on Thursday. The figure, calculated according to the European Union's Maastricht criteria, fell mainly due to lower central government debt...   Business Times

Brazil’s currency warriors swap sides.
The currency war is far from over, it seems – it’s just that the Brazilian government has changed sides. After more than two years of fighting the appreciation of the real against the dollar, Brazil’s authorities are now pulling out all the stops to strengthen the local currency...    Financial Times

The magic of currencies: UK overtakes Brazil as the world’s sixth largest economy.
Despite recession and the poor performance Britain has clawed back the ground it lost to Brazil in the rankings of the world's richest economies - but it is not expected to hold on to the spot for long...   MercoPress

Russia looks east to get more from its cross-border trade with China.
Twelve years ago, Russia pulled its troops out of the military town of Bezrechnaya, several hours' drive from the country's main border crossing into China. The abandoned buildings were then stripped to their foundations by jobless locals, some of whom lost their lives scavenging for the second-hand bricks that sell for less than a penny each...    The Guardian

Long-suffering Bankia shareholders set for more losses.
Spain's Bankia will wipe out the investments of 350,000 shareholders, many of them small savers and pensioners, after it emerged that losses on bad loans at the troubled bank were even worse than expected...  Reuters

A front-page crisis tears at German newspapers.
Germany's large-circulation newspapers were once a guarantee of high-quality journalism. But with pressure from the Internet, circulations are dropping and, some fear, editorial standards... Deutsche Welle

Over the fiscal cliff: What kind of landing?
Efforts to save the nation from going over a year-end "fiscal cliff" were in disarray as lawmakers fled the Capitol for their Christmas break. "God only knows" how a deal can be reached now, House Speaker John Boehner declared. President Barack Obama, on his way out of town himself, insisted a bargain could still be struck before Dec. 31. "Call me a hopeless optimist," he said...  Huffington Post

Euro-BRICS 2012-2014 : Towards thematic cooperation networks based on a specific politico-diplomatic framework (Report of the 3rd Euro-BRICS Seminar)
This report’s format follows that of the seminar itself, reviewing the various topics of co-operation which were addressed, the question of the world governance, and concluding by a series of proposals for the operational set-up of this new Euro-BRICS area for strategic co-operation...  Europe2020

Why the US media ignored Murdoch's brazen bid to hijack the presidency.
In the American instance, Murdoch's goal seems to have been nothing less than using his media empire – notably Fox News – to stealthily recruit, bankroll and support the presidential candidacy of General David Petraeus in the 2012 election...  The Guardian

No Happy New Year for UK as Gloom Worsens.
With gloomy economic forecasts, falling consumer confidence and poor retail figures adding to concerns over talk of the U.K. leaving the European Union, 2013 is set to be a tough year for the country, analysts say...  CNBC

How risky is the Fed's major move?
A bold and necessary move? Yes, but the Fed's growing activism has limits and is ultimately inconsistent with the proper efficient functioning of a market economy... Fortune 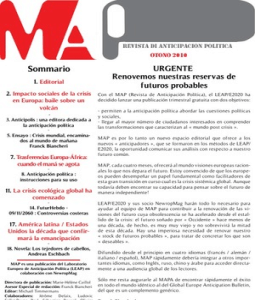 MAP7 is available! The inevitable takeover of the food markets by state organisations between now and 2020, by Jérôme Defaix
So many of the objectives of the World Food Summit (November 1996), as those of the “Millennium” (2000), haven’t been met and won’t be by the deadlines envisaged. After mixed progress however, from 1970 to 1997, the world famine situation has, again, deteriorated affecting more and more people, in number but also as a proportion of the world’s population. In spring 2008, the wake-up for countries short of food was difficult...  LEAP - Magazine d'Anticipation Politique

Paulson burned by anti-Europe bets: report
Hedge-fund giant John Paulson has told investors that most of his losses this year are due to bets that Europe's debt crisis would deepen, Bloomberg reported, citing a person familiar with the matter...    Market Watch

The state of the UK’s public finances
Recent economic data showing rising government borrowing and falling corporation tax revenues have exacerbated the pressure on George Osborne ahead of December’s Autumn Statement. High quality global journalism requires investment. With the economy stagnating, the chancellor will probably need to admit he is unlikely to meet his target of getting public sector net debt falling as a share of national income by 2015-16, raising the prospect of more years of austerity...    Financial Times

Bank: Volatility in farm produce prices
This is partly driven by the declining supply of oilseed in the Chinese market. The country's demand for soybean was expected to increase 3.3 million tons from a year earlier but reduced production of Canadian rapeseed will lower imports, according to the bank...   China Daily

Tesco's American dream set to end with nightmare losses
Tesco's bid to take on Wal-Mart in its own back yard has been consigned to embarrassing and costly failure, with the supermarket giant £1bn poorer than before the launch of Fresh -amp; Easy in 2007...   Belfast Telegraph

Israel and Palestine - Barriers to peace
RARELY has Israel looked lonelier. On November 29th only the United States, Canada and the Czech Republic among serious countries backed its arguments at the United Nations’ General Assembly against giving the Palestinians an enhanced status at the UN...   The Economist

Bank of England rejects new action on economy
Bank of England policymakers have held back from prescribing further emergency medicine to the economy despite gloomy signs that the recovery is stalling...  LiverpoolEcho

Mittal experiences ‘annus horribilis’
For Lakshmi Mittal, the past year has already turned into something close to an annus horribilis and it has just got a lot worse following the savage spat in which the Indian steel tycoon has become embroiled in France...
Financial Times

Assad Suffering Reversals in Fighting and Diplomacy
A senior Turkish official said that Russia had agreed on Monday to a new diplomatic approach that would seek ways to persuade President Bashar al-Assad to relinquish power, a possible weakening in Russia’s steadfast support for the government...   New York Times

Israeli-German Relations Strained after Abstention
Berlin has distanced itself from Israel with the decision to abstain from voting on enhancing the Palestinians' status in the UN General Assembly. Israel had expected a clear "no" vote, but Chancellor Angela Merkel balked at Prime Minister Netanyahu's uncompromising approach to the peace process...      Der Spiegel

Putin to visit Brussels as 'Eurasian Union' leader
Russian President Vladimir Putin is expected to attend the EU-Russia summit in Brussels later this month. But he will make sure his hosts welcome him as the representative of the Eurasian Union - Putin's pet geopolitical project, which bears similarities to the EU...   Kyiv Post
0 comentarios 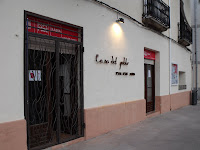 Anticipated by LEAP (April 2012): "UMP explosion following the defeat of Nicolas Sarkozy"
... the party “heir” to Gaullism, the UMP, and thus a priori defender of the Fifth Republic’s constitution, is about to explode following the defeat of Nicolas Sarkozy, who had manipulated the Gaullist heritage in a way to serve interests contrary to those defended by General De Gaulle (the example of the return without any concessions to the lap of NATO’s integrated military organization being the most blatant example)...
Excerpt GEAB N°64

French conservatives slip further into crisis
France's opposition conservatives sank deeper into a leadership crisis on Tuesday that could split the party, as moderates demanded a new vote to replace the disputed election of a hardliner and formed a breakaway wing.    Reuters

Post-US world born in Phnom Penh
It is symptomatic of the national condition of the United States that the worst humiliation ever suffered by it as a nation, and by a US president personally, passed almost without comment last week.  Asia Times

Can we really be this incompetent? It is outrageous that Greece’s political system has for three years failed to take the necessary decisions to streamline the country’s dysfunctional state apparatus.  Ekathimerini 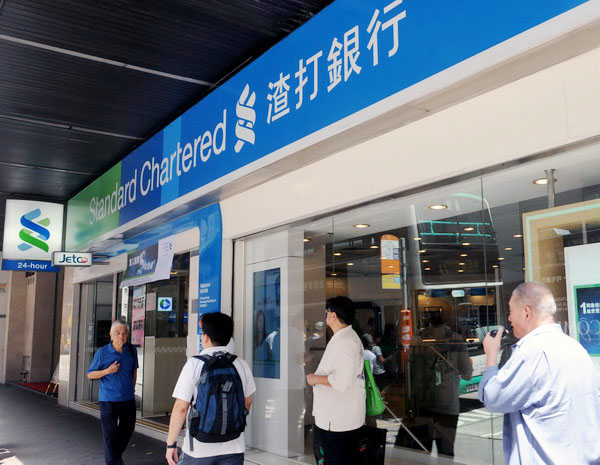 Standard Chartered Bank (China) was granted for approval for a renminbi denominated loan quota on behalf of an American multi-national company client, making it the first foreign bank which has done so, the company said in Hong Kong on Monday...  China Daily

'Euroland' is born! EU commission foresees two treaty changes to reach full integration
The EU commission Wednesday published its vision for a "genuine" economic and monetary union (EMU) under which national budgets could be vetoed and a central European budget would allow transfers for troubled countries.  EUObserver

Carney will regret taking Bank of England reins
There are plenty of questions that the English might ask about their new central bank boss. Mark Carney, the governor of the Bank of Canada, who this week agreed to take control of the Bank of England, is not exactly a household name.    Market Watch

Britain’s bluster serves the eurozone well
By insisting on an EU budget freeze, Mr Cameron is ultimately doing the eurozone a favour. By undermining the EU, he provides further incentives for the eurozone to grasp its collective interest. I support him.
India and China Deepen Economic Ties 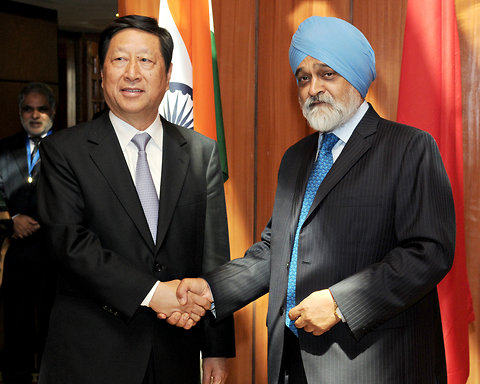 While India and China continue to disagree over their shared border, and the role of both countries in the South China Sea, on the economic front, the two countries are making strides.  New York Times

Spurred by crisis, euro zone is shaping up: study
The euro zone is turning into a more balanced and potentially more dynamic economy thanks to market pressure and the constant demand for structural reforms, a study showed on Monday.    Reuters

The Australian and Canadian dollars, the world’s leading commodity-rich currencies, are being formally classified as official reserve assets by the International Monetary Fund, marking the onset of a multi-currency reserve system and a new era in world money.   Market Watch

European Space Agency Takes a Step into the Future

The European Space Agency has a new budget and member states have also set aside a bitter debate over the future of the Ariane rocket, the program's commercial workhorse. All sides are happy -- and Russia may even benefit from the deal.   Der Spiegel