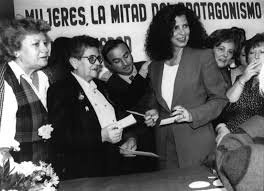 Gefira is committed to keeping you informed on the most important trends in geopolitics and finance.

European car market is saturated, German manufacturers are at the mercy of China. Germany will be Europe's last falling domino piece

The turmoil in the financial markets and the increase in the Italian bond yield are a prelude to the real crisis we expect to happen next year, or at the latest in 2020. The current Italian government will not change its plan to increase its budget deficit under pressure from the financial markets. Salvini is winning more and more support for his confrontation with the European Union. A part of the Italian establishment wants to regain control over its currency, thus spurning the ECB monetary and borders policy. Many prominent Italians such as Claudio Borghi, head of the Budget Committee for the Lower House and senior adviser to the Northern League (Salvini's party), and Paolo Savona, European Affairs Minister, are waiting for the right opportunity to introduce the mini-BOT as a parallel currency. Brussels' reckless mass-immigration policy has played into Salvini's hands: he is enjoying popular support, as well as that of the military and security, which strengthens his position against the European Union. Italy's powers that be are beginning to understand that if they lose sovereignty to the European Union, they will lose their raison d’être.


The ECB is highly likely to buy Italian bonds in order to prevent a further escalation of the yield of these bonds.
The national economies in Europe will start to collapse around 2020, causing government spending in many European countries to go out of control, which will in turn cause the budget deficit and public debt to start growing again. It is only Germany that seems to be in control of, and to benefit from, the European project. Not for long, though. The economic and monetary rulings of Brussels will eventually put an end to the country's relative prosperity. Its manufacturing base will be taken over by Xi Jingpin, the environmentalists who demand the imposition of various restrictions on the industry will make it all the easier for Vladimir Putin to become Germany's gas tsar, and Recep Tayyip Erdogan is well on the way to becoming the beloved president of large groups of Germans.


The Gefira financial bulletin is a monthly periodical that the Gefira team releases ten times a year. We give a clear projection of the future of energy and politics.From Trump's election to the steep increase in the oil price and the value of bitcoin, it was all in the Gefira before it happened.
According to the Gefira team, the next systemic crisis will happen around 2020 as the oil price is back at 100 dollar and German mass retirement begin. There is a high risk of war on the Old Continent. However, it is not Russia but Turkey that is the most imminent threat.
It is not the emerging markets, nor public or private debt that should be of interest to investors but instead the shrinking populations in the developed world. Japan is the first country that experiences a diminishing number of people, and for that reason, it pursuing extraordinary monetary and fiscal policies. The decrease in the European and US populations will have dire economic consequences, and after 2025 China will join the club of dying nations.
Apart from China and Russia, economic growth in Africa, the Middle East and South Asia is dependent on the developed countries which see a dramatic shrinkage of their populations.
In the Gefira bulletin we provide investment suggestions and give a coherent vision of the time ahead from a macroeconomic perspective.